Pastoral Letter on the Need for a Nonviolent Movement

Posted on November 25, 2019 by unitedchurchofstrafford

I am making a personal appeal to you.

Jesus, John the Baptist and the ancient Hebrew prophets before them were all part of a nonviolent movement to change human civilization to be the realm of God on earth, a society based on the Golden Rule, love of neighbor as our self and compassion for the most vulnerable and oppressed.  That movement has never died out.  In the 20th Century it rose to new heights through leaders like Gandhi and King and the thousands of less famous but no less courageous and capable leaders of local and national organizations.  In the 21st Century nonviolent movements have increased in experience, knowledge and skill.

We need a local and global nonviolent movement to rise right now because only it can change human civilization as quickly and completely as we must and insure that the direction in which we change is sustainable, healthy, equitable, democratic and nonviolent to the earth as well as to people. The power of nonviolent movements has proven invincible when enough people participate. (See the 2019 Harvard-Yale football game demonstration for a visual image of what happens as people pour out of the stands to join the movement.)

Every spiritual tradition offers the wisdom, the ethical principles, to which we need to hold ourselves, our governments and especially our corporations and most powerful individuals: love of neighbor as our self, the Golden Rule, compassion for the vulnerable and oppressed. Evolution has been moving toward this level of human consciousness, we have made great leaps in the Age of Reason and the recent Age of Liberation and Pluralization. We are poised to make the next step now to be truly homo sapiens, wise hearts as well as minds.

We need your participation in this movement, using your unique gifts and resources in whatever way fills you with gladness and a sense of highest meaning and purpose. Find your way to speak and act, allow yourself to evolve, join with your neighbors, find a group and way to serve that work for you, and please increase your support for organizations that are helping make this change happen, such as your faith community or nonprofits like 350.org, Mothers Out Front or the Sunrise Movement. Even such a small thing as sharing a letter like this helps. 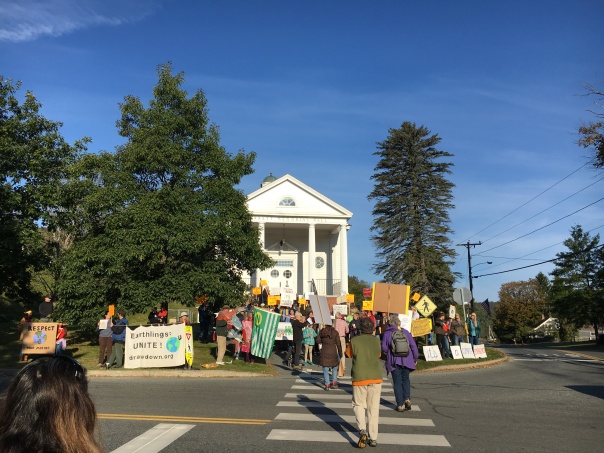